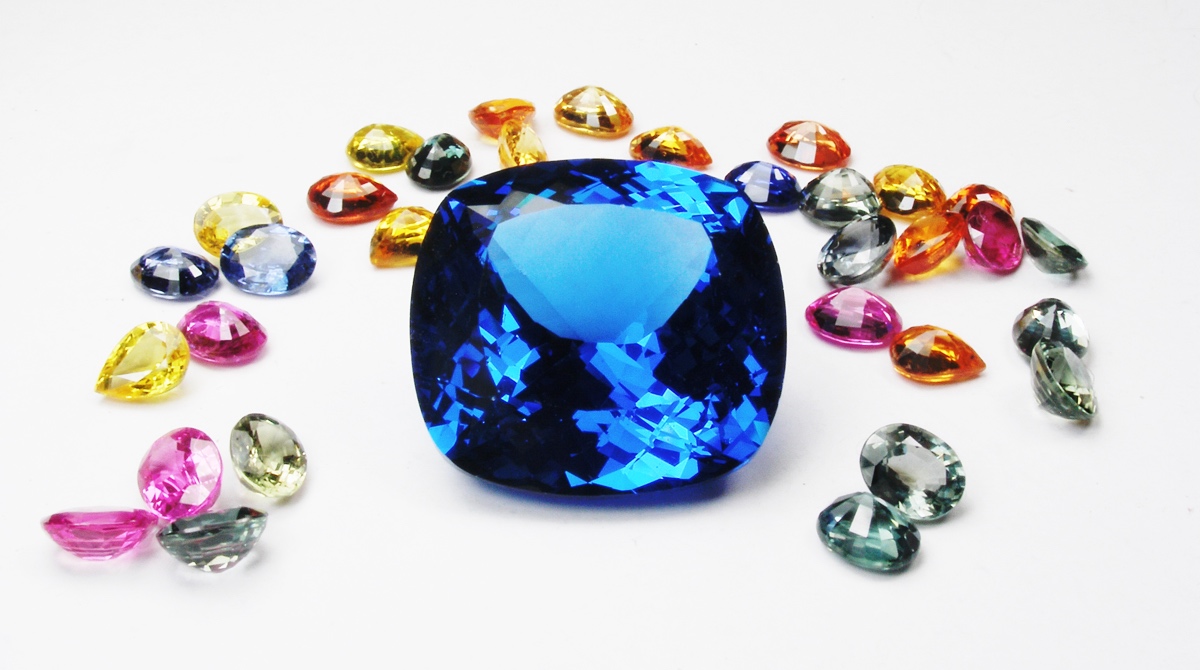 Have you ever wondered why there is a special stone for every month of the year? Commonly referred to as birthstones, experts believe they can be traced back to the Bible. According to Wonderopolis, “In Exodus 28, Moses sets forth directions for making special garments for Aaron, the High Priest of the Hebrews. Specifically, the breastplate was to contain twelve precious gemstones, representing the twelve tribes of Israel.  Later, these twelve stones were likely also linked to the twelve signs of the zodiac. Eventually, they also became associated with the twelve months of the calendar year.”

There is an ancient list of birthstones jewelers modified earlier this century. While the ancient list is still in use, confusing many people, the modern list is considered supplemental to the ancient list. We’ll start our birthstone history fun facts with September and add to it as the year continues. Enjoy!

A sapphire is a variety of corundum that adorns a deep blue color. The corundum takes on the blue coloring from trace amounts of both titanium and iron. The name sapphire comes from the Latin word for ‘blue stone,’ sapphirus. One of the benefits of sapphires is their hardness, registering a 9 on the Mohs hardness scale (diamond is a 10). This means it’s a strong and sturdy gemstone that you don’t have to worry about getting scratched. It also means this gem is useful for industrial purposes that take heavy wear and tear.

Deep blue sapphires are found in Kashmir, India, where some of the best sapphires in the world are found. You can also find sapphires in Australia and Madagascar.

And sapphires don’t just come in blue. They literally come in a rainbow of colors! Be sure to take a look at some beautiful pinks.