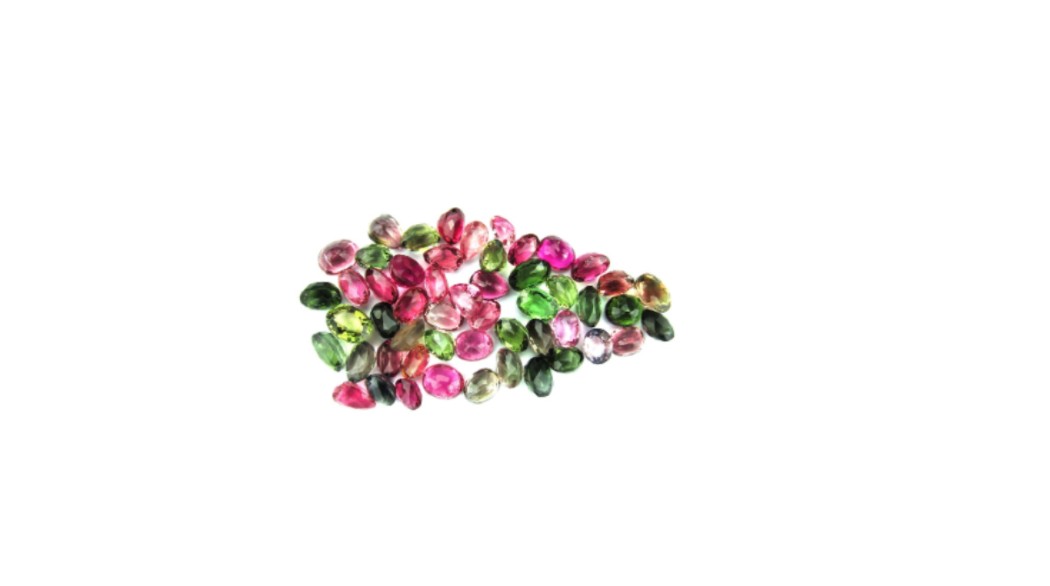 Tourmaline is the modern October birthstone. The name comes from the Sinhalese word toramalli, which means “stone with mixed colors”. Few gems match tourmaline’s dazzling colors. The ancients believed it could inspire artistic expression. The pink and red rubellites, the emerald green “chrome” tourmalines, and the neon green and blue-to-violet “paraíba” tourmalines are highly valued.

Tourmaline has been mistaken for other gemstones, including in the Russian crown jewels. The “Caesar’s Ruby” pendant is in reality a red tourmaline. A Conquistador in the 1500s mistook green tourmaline crystals in South America for emeralds. Tourmaline was not designated as a unique mineral species until the 1800s.

Pink tourmaline embodies love and is associated with compassion and gentleness. Green tourmaline promotes courage, strength, and stamina. Black tourmaline is believed to protect the wearer and give a sense of self-confidence.Tourmaline is given to celebrate the eighth wedding anniversary.

WHERE IS TOURMALINE FOUND?

This October birthstone is most commonly found in Brazil, but it is also mined in Afghanistan, Pakistan, Kenya, Madagascar, and Mozambique (among other countries in Africa). California and Maine are historically important producers of fine tourmaline in the United States.

Most of the tourmaline mined in Brazil over the centuries comes from the state of Minas Gerais. In the late 1980s, electric green, blue, and violet tourmalines began to be exported from Brazil’s Paraíba State. The intense colors are caused by trace amounts of copper. In the early 2000s, Paraíba-type copper-bearing tourmalines were discovered in Mozambique and Nigeria. The Paraíba and Paraíba-type tourmalines are priciest due to their vivid hues, higher color saturation, and greater rarity.

In the US, Southern California and Maine have produced pegmatite in significant quantities. Tourmaline was discovered in 1820 at Mount Mica, in Paris, ME.

In 1898, California’s first commercial tourmaline mine opened and is known for its fine rubellite. San Diego mines sent 120 tons of gem rubellite to Imperial China between 1902 and 1910. Only a few mines in San Diego County now occasionally produce gem-quality tourmaline.

The tourmaline birthstone is rated 7 to 7.5 on the Mohs scale of hardness (diamonds are 10) and is generally suitable for everyday wear. These colorful gems are usually stable enough to withstand light and most chemicals, but heat can be damaging. This October birthstone is best cleaned with warm, soapy water and a soft brush. The use of ultrasonic and steam cleaners is not recommended.

We at Patronik Designs can provide safe, expert care and maintenance of all your jewelry. Pay us a visit!