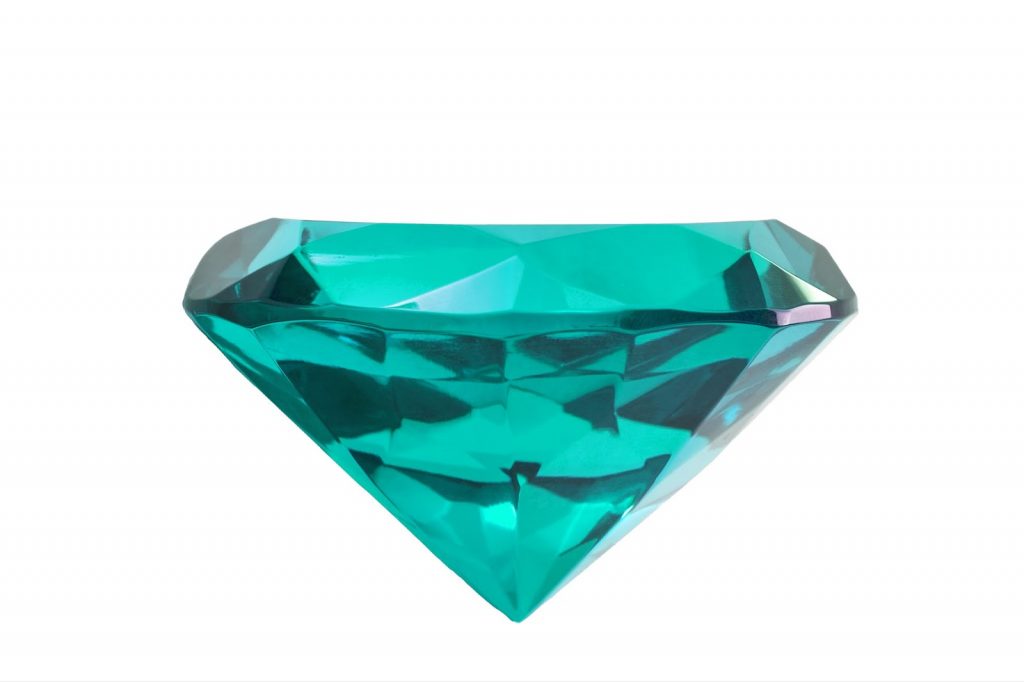 March has two birthstones, Aquamarine and Bloodstone. Both are beautiful and mysterious. Many consider both to protect the wearer’s well-being.

Aquamarine is a type of Beryl, a rare silicate mineral found in igneous and metamorphic rocks worldwide. You can find Beryl in a variety of colors, each with a different name.

The aquamarine birthstone evokes the colors of the sea. From deep green-blue to light, slightly greenish blue hues, faceted aquamarines are often free from inclusions and as clear as water, symbolizing the purity of spirit and soul.

Aquamarine’s name derives from the Latin word for ‘seawater.’ Ancient mariners claimed the gem would calm waves and keep them safe. It also commemorates the 19th wedding anniversary and was also thought to bring happiness in marriage. Beryl gave the wearer protection against enemies in battle and court, according to legend! Beryl also was believed to make the wearer unconquerable and amiable.

The long history of aquamarine begins with ancient Greeks and Romans. They spoke of its beauty and attributed its existence to their gods.

The government of Brazil gave First Lady Eleanor Roosevelt a dark blue rectangular step cut aquamarine that weighed 1,298 carats (ct) in 1936. You can see the ring on display at the Franklin D. Roosevelt Presidential Library and Museum in Hyde Park, New York.

The Smithsonian displays the 10,363 ct (about 4.6 pounds) Dom Pedro Aquamarine, which may be the largest faceted aquamarine in the world. The high obelisk was the work of German lapidary Berndt Munsteiner utilizing the fantasy cut technique.

The most famous contemporary example is the parure worn by Queen Elizabeth II, which the Brazilian government gave for her coronation. Later she had other pieces designed to accompany it, including her famous tiara.

Aquamarine is rated 7.5–8 on the Mohs scale of hardness (diamond = 10) and is durable and appropriate for everyday wear. Care is simple — use warm water, mild dish soap, and a toothbrush to scrub behind the birthstone where dirt collects. Ultrasonic cleaners and steam cleaning are usually safe options if there are no fractures or liquid inclusions in the gem.