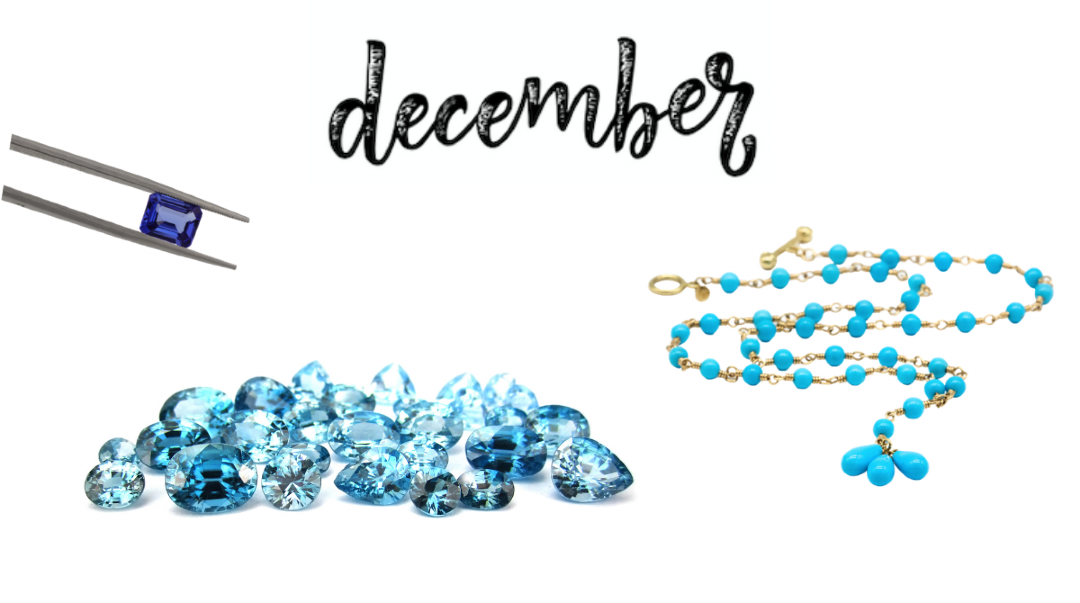 Turquoise is a semi-translucent to opaque gem that ranges from blue to green and often has veins of matrix (remnants of the rock in which it formed) running through it.

Turquoise was treasured by the ancient pharaohs and high ranking officials. In fact, turquoise adorns the funerary mask of King Tut. And, over 3,000 years ago, Chinese artists were carving turquoise.

Wallace Simpson (1896–1986), Duchess of Windsor (the woman for whom King Edward VIII gave up his throne), wore a famous amethyst and turquoise necklace made by Cartier.

There’s much folklore around Turquoise. Here are a few we thought were noteworthy:

✔️Beginning in the 13th-century, turquoise was supposed to protect the wearer from falling off horses and was believed to shatter at the approach of danger.

✔️In European tradition, the gift of a turquoise ring means “forget me not.”

✔️Turquoise is considered a national treasure in Tibet, where it is believed to grant health, good fortune, and protection from evil.

In the United States, turquoise has long been associated with Native American culture. The Apache thought turquoise could be found at the end of a rainbow. It was thought that turquoise, when added to a bow or firearm made one’s aim more accurate. The Pueblo maintained that turquoise got its color from the sky, while the Hopi thought the gem was produced by lizards scurrying over the earth.

According to expert Maxine Mcbrinn, Curator of Archeology at the Museum of Indian Arts and Culture, “Turquoise stands for water and sky, for bountiful harvests, health, and protection.”

Where Turquoise is Found

For more than 1,000 years, turquoise has been mined in the Nishapur district of Iran. This prized blue turquoise is called “robin’s egg blue,” “sky blue” and “Persian blue.”

Until the 1920s, New Mexico was the largest producer of turquoise in the U.S. Currently, the U.S. production of turquoise is found in Arizona and Nevada. The Kingman mine in Arizona is famous for producing intense blue turquoise.  Arizona’s Sleeping Beauty mine produced great quantities of turquoise for about 40 years.

Turquoise may be treated to improve durability, appearance, and polish.

Clean turquoise jewelry with warm, soapy water, but never with steam or ultrasonic cleaners. Heat or solvents can damage the treated surfaces on some turquoise.